"I decided the automobile business was going to be big and that I should like to be a part of it."
— Alvin C. Ruxer

Alvin C. Ruxer, was born in the Southern Indiana town of St. Meinrad. Although he is best known for his involvement in and contributions to the automotive industry, there were several sides to this man. As a newspaper article once stated, Alvin Ruxer floorboarded life's accelerator. His love of baseball was born at an early age. Although he chose business over an opportunity to play semi-pro ball, Alvin's interest in the sport never waned. In fact, he used many of the sport's basic principles in his personal and business dealings.

Alvin often jokingly said he saw opportunity in everything. As a young businessman, Alvin was once quoted as saying, I didn't have enough money to afford a bookkeeper so I married one! Hilda Ruxer was a real partner both in his business and personal life.

In addition to founding JASPER Engine & Transmission Exchange and Ruxer Ford, Alvin built an American Saddlebred horse farm that is known throughout the nation.

At the age of 68, he started the JASPER State Bank and served as its chairman until his death. Alvin helped to establish a college in JASPER which is affiliated with Vincennes University. Alvin was also one of the organizers of the JASPER Chamber of Commerce. If all of this is not enough, Alvin owned a beverage company which served the community and county for many years. He served on numerous boards of both businesses and foundations, including Memorial Hospital and Vincennes University.

The same newspaper article also said, Ruxer was a hustler but not in the shady operator sense. He hustled time, not wanting the sun to set before making all the deals and dreaming all the dreams that were on his day's docket.

Maybe one of Alvin's most amazing traits was his ability to put his money where his mouth was. His donations to medicine, education, sports, community development and religious support are staggering.

He donated his time, energy, business sense and money to adults and children alike. He truly showed that it is more blessed to give than to receive. While the things he has built and helped buy will certainly stand as a legacy to a great man, it is the drive and spirit this man held within and instilled in others that has and will continue to make the biggest difference. 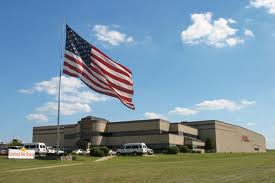